Only 4% of ‘affordable’* homes bought in 2016, were new build properties – Can the Government deliver on its Autumn Statement promise?

Only 4% of ‘affordable’* properties, (those bought for below the stamp duty threshold of £125,000 between January and September 2016) were new build homes, research by My Home Move, the UK’s leading provider of mover conveyancing services, has found – suggesting that the Government is falling short of its own targets. [See Chart 1]

Commenting on these findings Doug Crawford, CEO of My Home Move, said:

“During last month’s Autumn Statement the Government renewed its pledge to build more homes across the UK, with a particular emphasis on 40,000 additional ‘affordable’ homes. Through our own research we know that 2 in 3 people believe affordable housing should cost less than £120,000*. This begs the question – is the Government really capable of delivering on its promise, as only 4% of ‘affordable’ homes purchased this year were classified as new builds.

“Looking at the numbers, the largest proportion of ‘affordable’ new homes have been built across Yorkshire, Greater Manchester and the West Midlands; however for those struggling to get on the property ladder in Berkshire, Herefordshire, Surrey and London – the picture is fairly grim. Across the four regions only 1,544 properties were sold for less than £125,000, of which barely a handful, just 57, were newly built.”

Having analysed Land Registry data, My Home Move discovered that the majority of homes bought in the UK for less than £125,000 are terraced houses or flats. The counties of Durham, South Yorkshire and Merseyside saw the highest proportion of ‘affordable’ homes being sold and bought during the period, accounting for on an average of one in two transactions. [See Chart 2]

In contrast, the southern regions of Surrey and Hertfordshire had the lowest number of below Stamp Duty transactions with 1.04% and 1.3% respectively; while Greater London saw a just over thousand homes bought for less than £125,000, 54 of which were new build properties. [See Chart 2]

Chart 1 – Showing the number of transactions under £125,000, the style of property purchased and the percentage of transactions which were new build properties, per region. Land Registry data January – September 2016. 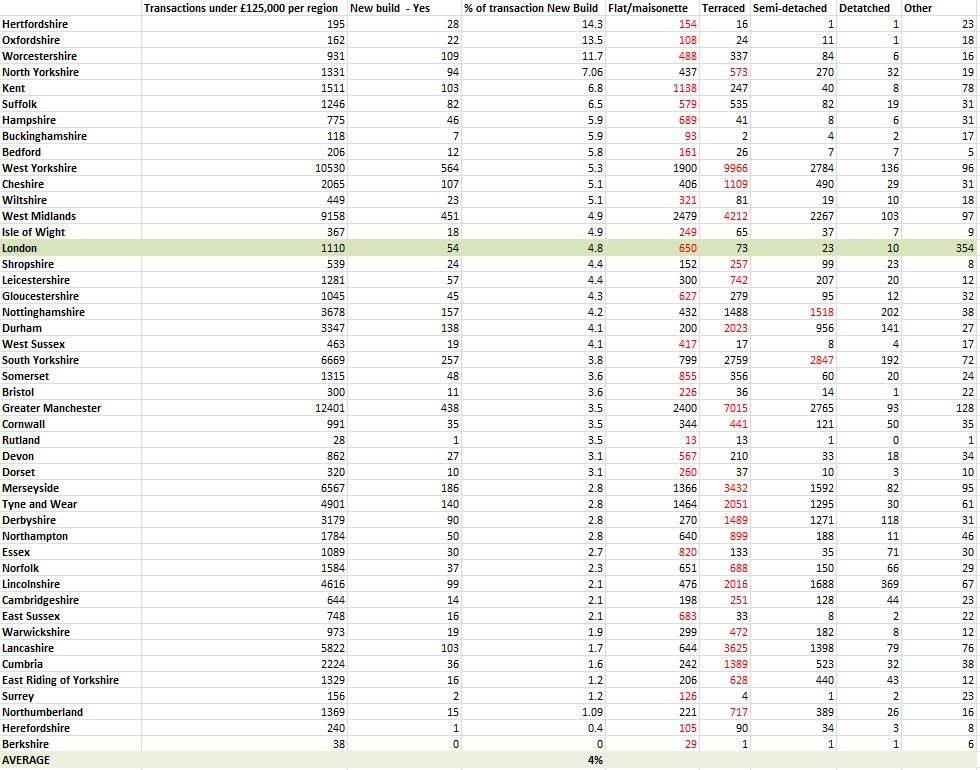 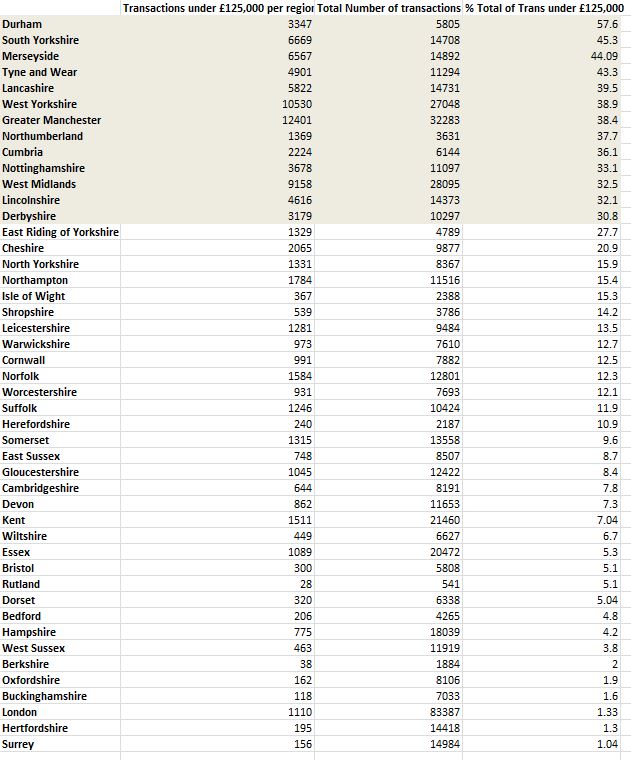