Key workers with up to ten years’ experience, are being priced out of seven regions across England and Wales, as the chances of them affording a home outright falls to below 30%, research by My Home Move, the UK’s leading provider of mover conveyancing services, has found. (Chart 1)

The seven regions include the East Midlands, East of England, Home Counties, Greater London, South East, South West and West Midlands – leaving teachers, nurses and paramedics, among others, little option other than to move towards the North of the county, to look towards shared ownership options or to stay renting.

In London, where a shortage of nursing staff, teachers and social workers has been felt acutely over the past few years, the chances of these essential employees  finding a home to buy outright, falls to around 1%.

“It’s a very sad state of affairs that some of the country’s most needed and valued professionals are priced out of the majority of the housing market.

And while we appreciate that low interest rates mean ‘cheaper’ borrowing and that the Government’s Help to Buy scheme provides some assistance, the facts still remain the same – for a key worker on a prescribed income, the chance of them buying a home for the first time today, without external help, outside of Wales or the North of England, is minimal.”

Continuing the research, My Home Move analysed key workers’ chances of affording a home outright, once they had progressed to a mid-range or experienced salary, usually achieved within five to ten years’ of service.

Commenting further, Doug Crawford said, “Despite earning a salary towards the top end of their career bracket, following years of employment and experience, a key worker’s chances of buying a home outright in London, the Home Counties or the South East, amounts to not much more than a ‘needle in a haystack’. However, even if you take these regions out of the equation, it’s only those who earn in excess of £40,000 a year, who stand a fair-to-good chance (30% or more) of being able to buy across the rest of the country.

“The Government’s solution is shared ownership. But for those wanting to own a home outright, suitable for a family and not on a leasehold basis, this doesn’t always meet their needs – and according to the 500 people we surveyed, 63% them agreed that a home is not really affordable if it can only be purchased through shared ownership.” 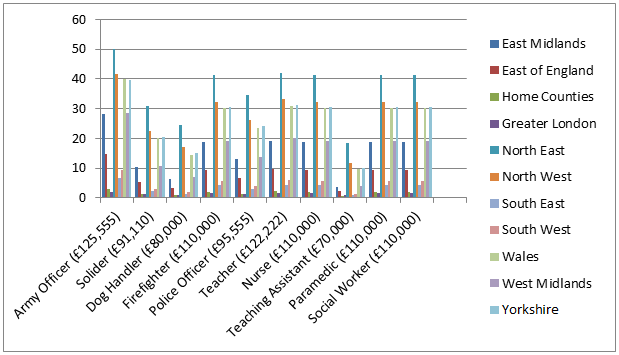 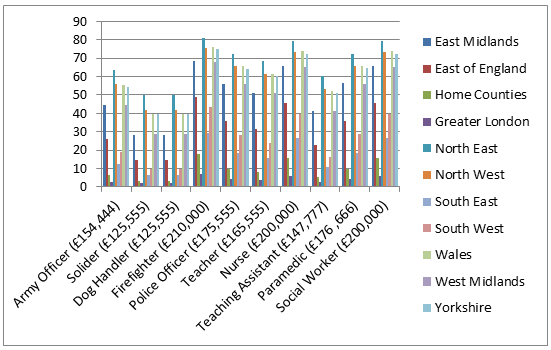 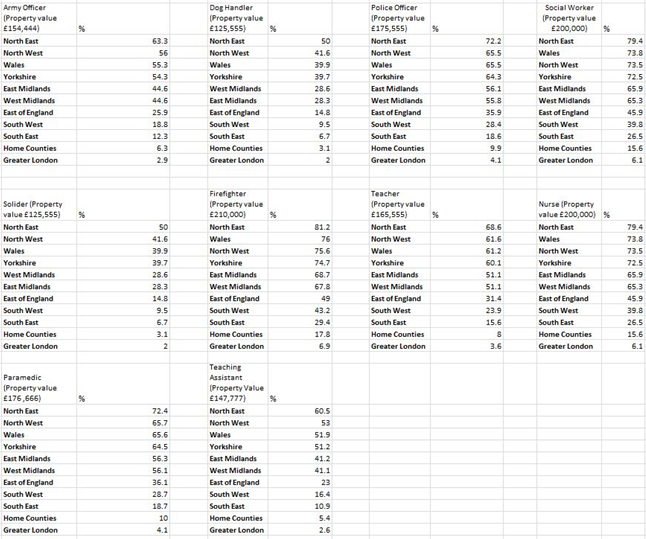