UK homeowners save £1.9bn in stamp duty since changes made last year

UK home buyers have collectively saved £1.9 billion since stamp duty was reformed in December 2014,* according to My Home Move, the UK’s leading provider of mover conveyancing services.

Stamp duty reforms made on December 4th 2014 abolished the old “slab” system of stamp duty and benefited anyone purchasing a home priced under £937,500. 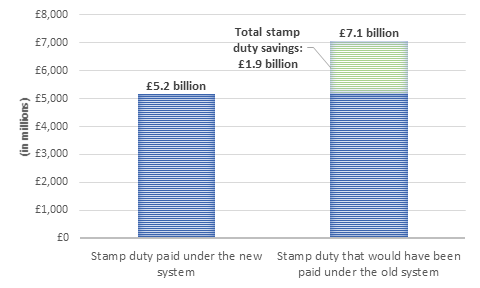 87% of estate agents recently polled by My Home Move said that last year’s stamp duty changes have had a positive impact on the market.**

“Home buyers have benefited from the significant stamp duty overhaul during the last twelve months with each buyer saving an average of £1,500 – a much needed boost for those struggling to get on the housing ladder as prices have risen by 6% during the last year.***

“The big winners from the changes have been the first time buyers and second steppers who have really struggled from price hikes due to a lack of housing stock. Cheaper stamp duty bills don’t fix all the problems facing these buyers, but they do help by making it easier to save for a deposit.

“The old “slab” system was ripe for reform as it was creating a stranglehold over the market, especially where property prices neared the stamp duty thresholds, and in particular around the £250,000 mark. Thanks to the reforms, people are now able to sell their homes for a truer value.

“However, as with all reforms there are those who have lost out from the changes. There are a small minority of buyers who are looking for luxury homes or expensive London properties which now command up to 12 per cent in stamp duty. With a slowdown now being felt towards the top end of the market, it could cause a worry for the Government as receipts from stamp duty start to fall.  However, following last week’s announcement of a 3% stamp duty surcharge for buy-to-let investors, any deficit could be offset from April.”

* This is derived from management information on My Home Move’s customers’ property purchases between 4th December 2014 – November 27th 2015, combined with information on its market share. England and Wales only.