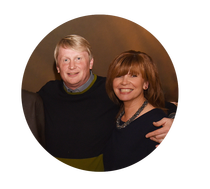 Has anyone else seen the PPI advert with Arnie’s head? It’s weird, right? And not just because it’s featuring a robotic Schwarzenegger chasing a man around a late night supermarket shouting about making the right choice; but because it’s about PPI and has been funded by the Financial Conduct Authority.

When I first saw it I thought it was a strange joke. However following a quick check, it seems that no, it’s not a joke but rather a multi-million pound campaign created by the advertising giant Saatchi.

On closer inspection, this isn’t the first time the financial services industry, among others, have looked to Hollywood to sell their messages. In the last eight years we’ve had Iggy Pop advertising Swift Cover, Kevin Bacon fronting EE’s ads, Ryan Reynolds for BT, Harvey Keitel playing his Pulp Fiction character for Direct Line and Nicole Kidman cosying up with a meerkat for Compare the Market (and probably a few more, but I’m running out of fingers to count on!).

As a consumer (and someone who like the target audience of these adverts might need to buy insurance or change my phone network) the inclusion of a Hollywood star isn’t going to make me to choose those brands? In all honesty, I don’t believe the A-listers’ influence extends easily beyond celluloid to the small screen.

I hate it when the lines are blurred, not because I’m some cultural snob, but because I stop believing in the product and as the end user, I feel the service provider has stopped believing in me. Let’s be honest, there is no way on earth that Arnie cares if I have made my PPI claim or not, and Nicole Kidman is never going to go on a date with me if I compare insurance quotes online.

Maybe I’m a simple being, but I don’t want stars to sell me insurance (or any other service driven product) – I want exceptional customer care, a ‘Which’ star rating and excellent value for money. I want to be ‘never knowingly undersold’, as let’s face it, as the consumer I should be the most important reason that company exists and a serious message goes a lots further than celebrity endorsement.

And just to keep my boring git philosophy, I think the FCA missed a trick as they could have used the advert to highlight their role in protecting the consumer and then highlight the PPI deadlines etc. All without Arnie’s head whizzing around the floor!