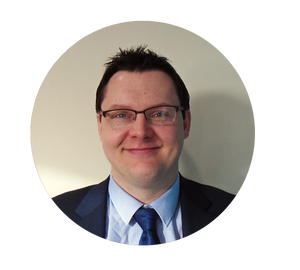 There are very few subjects that can completely grip us as a nation. Arguably, there are three Great British conversation starters; the weather, how to make a perfect cup of tea and food. It’s not surprising then, that when the fast food giant KFC went into crisis after running out of chicken nationwide, the story was the topic of the week for national newspapers, family dinners and office water fountains.

But there are lessons to be learnt from how the global fast food giant handled what is being dubbed “Chickengate”. Despite hitting the news once again, this time for running out of gravy (queue the outrage; chicken we could forgive, but not the gravy), the reputation of KFC in the public’s opinion seems to be unchanged.

And why? Because of one genius piece of PR.

Many of you will have seen through social media, if not from the piece itself, that KFC brought full-page advertisements in the majority of national newspapers. The advert showed one of its famous chicken buckets, with the letters of the chain’s name cleverly rearranged, followed by an apology to customers and anyone that was affected by its chicken shortage. To some degree, the advert was more talked about than the ‘scandal’ itself, especially amongst its key demographic who are the most active on social media. Not only is this a perfect example of cancelling out the negative noise about your business, it’s also a great way of using traditional media to enhance your digital message.

The apology seems like a very simple concept, yet its impact seems to have been immense. It’s success lies at the centre of the message – honesty.

It’s in the honesty of the apology that KFC redeems its brand reputation and this is the lesson that can be learnt.

Within our industry, we know that our clients come first and they are central to everything we do. But across the industry, we also get things wrong sometimes. The lesson we, and other industries, can take from this is that a small dose of honesty can go a long way to getting a client back on side. If we break down the walls to our business and have real, person-to-person conversations when things go wrong, it’s easier to turn an unhappy client around.