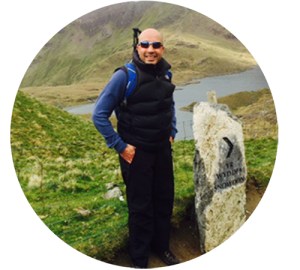 As the Parliament prepares to get back into full swing, there are a couple of areas of consideration for Housing Minister Alok Sharma.

The most talked about topics in the housing market seem to be supply and Stamp Duty.

So let’s start with supply. When it comes to tackling the supply issue, it is critical that we look at quality and the type of properties we need to build, as much as we look at volume.

Let me put this into a bit of context. As an industry we often hear and talk about first-time buyers being the ‘life-blood’ of the housing market, but this in itself can be misleading. 1) It assumes that first-time buyers have a controlling impact on housing, and 2) it assumes that they actually want to buy, in an environment that has consistently been moving towards the rental sector. It’s safe to say that in recent years there has been a cultural shift and being a long-term renter is becoming more and more acceptable.

I’ve already spoken about the ‘forgotten’ side of the chain – the over 55’s – who are often sitting on unencumbered equity and are holding up stock which is too big for their purposes. However, we know that they have significant difficulties moving, as there is a lack of alternatives in their geographical area to make moving feasible.

So, on the subject of supply, we need to look at the speed at which we can build housing and there needs to be a joined up approach to modular construction, taking into account the needs of builders and lenders, as well as buyers.

For first-time buyers, we know that there are two critical obstacles to buying a property. The first is the deposit (for which the Bank of Mum and Dad is popular) and the second is affordability. There is a tangible solution for both of these. That solution is Shared Ownership – but not in its current form. Shared Ownership still carries a stigma which is encompassed in affordable housing, and is predominantly administered by Housing Associations. Therefore, I would ask the new Housing Minister – why couldn’t the government set up a joint venture with builders to outturn quality stock, where the first-time buyer has 50% ownership on a Shared Ownership mortgage, so they are only exposing themselves to half the debt, whilst also being eligible for a 100% mortgage? Builders currently restrict their developments to a very small percentage of affordable housing, as that is what is prescribed by the government. Can it be made into a commercially viable, long-term initiative?

So on to Stamp Duty. I must say that the government’s move to change SDLT from the slab-based system to a more progressive one was well received and the right thing to do. However, it remains a blunt tax-raising tool with little differentiation. With this in mind, perhaps Mr Sharma should consider a short-to-medium term fix, where SDLT is reduced or removed for first-time buyers and last-time buyers. I’m sure this would give a welcome boost to the housing market and stock supply.

I won’t get started on the Buy-to-Let market just yet, but for now I reckon there’s some food-for-thought for the new Housing Minister.