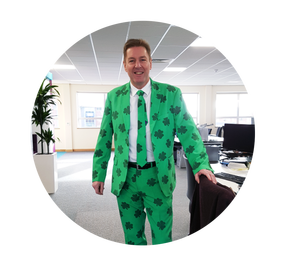 Fifteen Housing Ministers in seventeen years. Off the top of my head, I can’t think of any other job outside of Westminster which has been filled and vacated so often – not even the role of England Football Manager (only eight names since the year 2000).

So why is it then, that a position which is vital to the economy, local communities and the well-being of individuals is open to such instability? Worth trillions to the UK economy, housing is fundamental to our country’s prosperity.

Over the last decade we have been promised umpteen building revolutions to create the stock needed to ensure we can house people affordably, so families have somewhere to move to and older generations have somewhere to ‘right-size’ into. However earlier this year the Government, through its Housing White Paper, admitted the market was broken and needed fixing. But less than six months on, and a snap Election later, the Housing Minister has lost his seat, leaving the promises made up in the air. And while I wish his successor well, he shouldn’t worry too much about redecorating his office, as on current trend he’s only likely to be there a matter of months.

Now while I am not a man of politics, I am a man of business and in order for something to become a success you need to give it time, money, energy and focus. You need conviction in your vision and a clear sense of direction; something which cannot be achieved in a matter of months. This is why we talk of five year plans and long term strategies – to borrow a phrase; Rome wasn’t built in a day.

So this is my question, and one which others in the industry have also mooted: Has the time come for someone with knowledge of the sector, who understands how to get the market moving and houses built, to take charge and provide continuity? Do we need a Housing Tsar, UK Property Professor or Chief Housing Officer? As it feels like the time has come to excuse the politics and concentrate on the matters at hand.